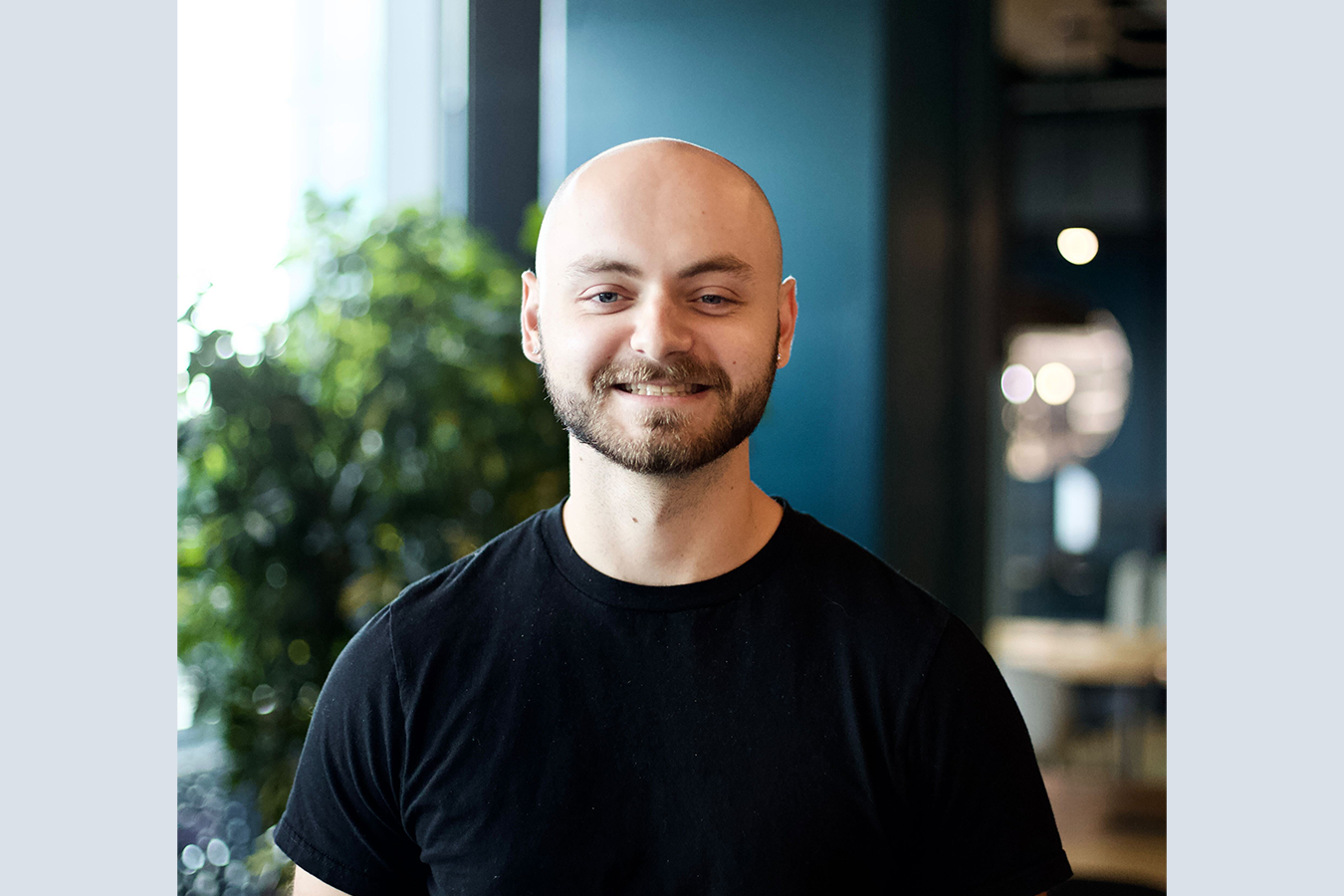 Parker Ballner (UNC ’19, CSS 3) has always been open to new opportunities, an approach that led him to help build a game-changing company that makes life simpler for start-ups and earn a spot on the Forbes 30 Under 30 list in Enterprise Technology.

Adaptability helps Parker Ballner go with the flow when opportunities present themselves. He chose to attend UNC-Chapel Hill after he was invited to join the Chancellor’s Science Scholars program in 2015, and when he needed to commit to a STEM major to remain eligible for CSS, he chose computer science.

“I didn’t know exactly what I wanted to do, but I’d taken a couple of programming classes in high school that were pretty fun,” Ballner said. “I stuck with it because it stayed interesting and there’s always something to learn.”

That desire to learn drove Ballner to explore the practical application of technology through industry internships at Fidelity, Red Ventures, and Amazon, where he found new perspectives on what he learned in the classroom. After graduating from UNC, he returned to Red Ventures full-time until he was pulled into the formation of a new company.

“It’s funny, but opportunities come up and I just say yes—that’s how everything seems to play out for me,” laughed Ballner.

When two colleagues from Red Ventures called in late 2020 with an opportunity help build a new company, Ballner said yes.

“It seemed too good to be true, but I didn’t see any reason to say no,” Ballner said.

He began handling the engineering side part-time before leaving Red Ventures last April to devote more time to the fledgling company, Atomized. Shortly thereafter, he stepped into the role of chief technology officer (CTO) prior to the company’s launch this past November.

“Our long-term vision is to change the way that developers interact with the cloud, to push away from the complexity and change that whole piece of the puzzle,” he shared.

That innovative approach caught the eye of the Forbes 30 Under 30 list, which recently recognized Atomized as one of the top companies in the field of enterprise technology.

“They’re looking for people who have big ideas and huge motivations to change the world, and we’re really excited about our idea and the change that it can bring to our area of business,” said Ballner.

We caught up with Ballner to learn more about his company, how he felt to be recognized by Forbes, and his advice for other scholars as they consider their future careers.

For those of us who aren’t computer science majors, could you tell us a little more about your company, Atomized?

The easiest way to explain it is the platform is essentially a tool that developers can use to take their code and get it up and running in the cloud without needing to understand AWS [Amazon Web Services, a large cloud computing service]. AWS gives you ton of options and configurations to build whatever you want to build, but sometimes there are too many choices. A developer wants to focus on their business and what they provide to their customers, but they spend a lot of time in AWS just trying to get their applications to run. Our goal is to help start-ups. They can use our services to deploy their applications to AWS without needing to actually interact with it at all. In start-up life there’s already too much to do, so the idea is that this will help lighten the load for them. We built the platform to be very flexible and abstract, so that it can work with basically any cloud provider.

Were you surprised to make the cut for the Forbes 30 Under 30?

It’s kind of funny, because it’s basically a Google form with a bunch of essay questions that you fill out. We saw it and thought “why not?” We pitched our platform and our vision, and I think what helped us stand out was our goal to change our industry and just kind of disrupt everything that’s already going on. We don’t want engineers to have to worry about the systems they’re running under. [Being on the list] has definitely helped expand our network and get our name out there a little more. Things just seem to fall into place as I go.

How did being a Chancellor’s Science Scholar help you during your time at Carolina?

The first thing that comes to mind is the people behind the organization and the cohorts themselves. That was just the biggest advantage, starting freshman year with this huge network of people who were super driven. Spending time with people like that and being in that environment is very productive for your curiosity. Between the community and the program, it prepared me more than I would have been able to prepare myself for the challenges of the general workforce and building relationships.

What advice do you have for current scholars who are planning out their futures?

In school, you’re studying to realize a career, but I think it’s important to look forward and actually visualize that career and figure out what’s going to keep you going every day, what’s going to keep you showing up. What kind of environment makes the best you and makes you the best person to give back to the world? In my case, it was going the entrepreneurial route and just having the freedom and the flexibility to wear all the hats and do all different types of work. I really do thrive in an environment where I’m given that freedom, where I have the ability to make choices and build the things I want to build. You’ve almost got to meditate on that kind of stuff, because it’s really different for everybody.

Any tips for students who are thinking of entrepreneurial careers?

The problem with a start-up is you never know what’s going to happen. You might blow up or go bankrupt in a couple of months, but you just go on to the next opportunity. There’s always something else to try and something else to learn; just because something ends, it doesn’t mean that’s it. You have to adapt. You have to have a short-term memory. Even if you’re at the most stable company in the world, nothing is ever guaranteed. You just have to be grateful for where you are now and always be excited for the next step.